The bad-80s-cartoon-tv-show-turned-live-action-movie trend continues this week with “Jem and the Holograms” while “Thundarr the Barbarian” stands in a corner by himself somewhere and the unintentional comedy potential of a time traveling Fonzie (and a semi-anthropomorphic dog named Mr. Cool) remains completely untapped. Alas, the FML statisticians mock us all by putting the latest in this bizarre genre in play for Best Performer for this week.

The primer for the methodology involved in producing the graph below was covered last week.  The only changes come from some data research I’ll be publishing next week whose short version is that Showbuzzdaily does a slightly better job at forecasting new releases than ProBoxOffice.com but the two of them averaged together do better for returning films.

With that in mind, the FML Comparator has been loaded with data such that the new films just use Showbuzzdaily. The six returning films forecasted by both use the average between the two. The four unforecasted films use the average value (forecast/FB$) for the other 11 films ($60,685) multiplied by their FB$.  I ran those forecasts through my variance simulator, which I dialed down to +/-10% and show why next week.  Here are the results:

The data article from this week that examined forecasted versus actual Best Performers revealed that most of the time a Best Performer comes from the top four candidates.  So, more extraordinary outcomes would involve “Paranormal Activity” or “Hotel Transylvania 2”.  3x “Paranormal Activity” combinations begin to make sense if it can get up to $12.4M and the same can be said if “Jem” fails and “Hotel Transylvania 2” can get up into the $9M range.

Do you place your faith in a bad-cartoon-turned-live-action film, Tom Hanks, or Halloween friendly movies?

If only you had Mr. Cool and his time machine to help you decide. 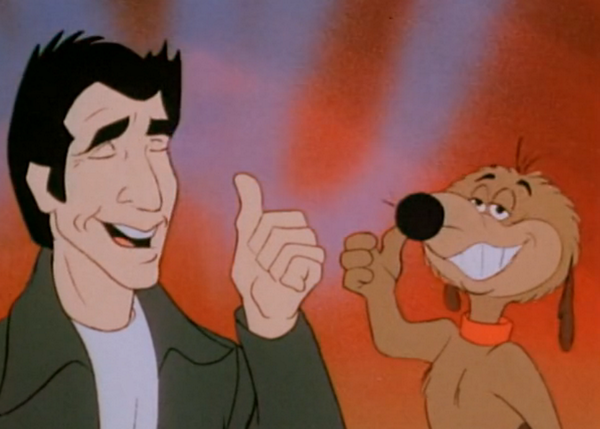