With only two weeks left in the 2016 Fantasy Movie League Awards season and a tight bunching at the top of the standings, having a Week 11 where most people had four screens of “John Wick 2” dampened the excitement a bit.  But with a 4-day movie weekend here in Week 12 (be sure to look at pro forecasts closely so you don’t get fooled by 3-day projections when what you really want is 4-day) and the unveiling of the Oscar game, there’s plenty of excitement to go around.

Head on over to the FML Oscars Game for details, but the basics are similar to the main game.  You still have 8 screens and a FB$1000 budget, but instead of scoring based on box office returns, it is based on who wins what Oscar.  Now, not all Oscars are created equal, though, so there are tiers to which awards are worth how many points.  To keep your heads from spinning, I whipped up a visualization that should help you get your head around what the possibilities are.  Also, I wrote an article over there explaining the rules you should look for.

What About New Films?

In the main game, we have three brand new wide releases available to us this Presidents Day weekend.  If you find hilarity in an angry Ice Cube, “Fist Fight” is for you.  ProBoxOffice has the Long Range Forecast pegged at $20M 3-day for this one and it got plenty of support on the late night talk show circuit last week.  There aren’t great comps for this one given the February release since you have to go back to “Barbershop 2” to find an Ice Cube starring vehicle that gets close to this date.

In a film that has already grossed $224M worldwide and made a profit off its $150M budget, the widest release of the week is “The Great Wall” starring Matt Damon.  The trailer for this one feels like it panders to the Chinese movie going market and in an Oscar season where we finally got some diversity among the nominees, a whitewashed story doesn’t seem like something that’ll do well here.  ProBoxOffice agrees, with a 3-day projection of $17M.

The smallest of the wide releases this week may be the last of the films that seem like awards contenders on the surface, but got poor reviews and didn’t make it onto the red carpet.  “A Cure for Wellness” from Gore Verbinski looks creepy and may limit its showings with its nearly two and a half ours of running time.  ProBoxOffice.com has this one at a $7.5M 3-day gross.

What are the Combos to Watch this week?

If you apply the latest Long Range Forecast to the three new films that have them you get an average value of a very low $66.35K and applying that to all films in play this week without Long Range Forecasts  yields the default setting for the Lineup Calculator this week.  CCR set his bonus bar at $90K this week and if you move up his BP Contenders and Upper Mid Tier movies, a few combinations shake out (full table): 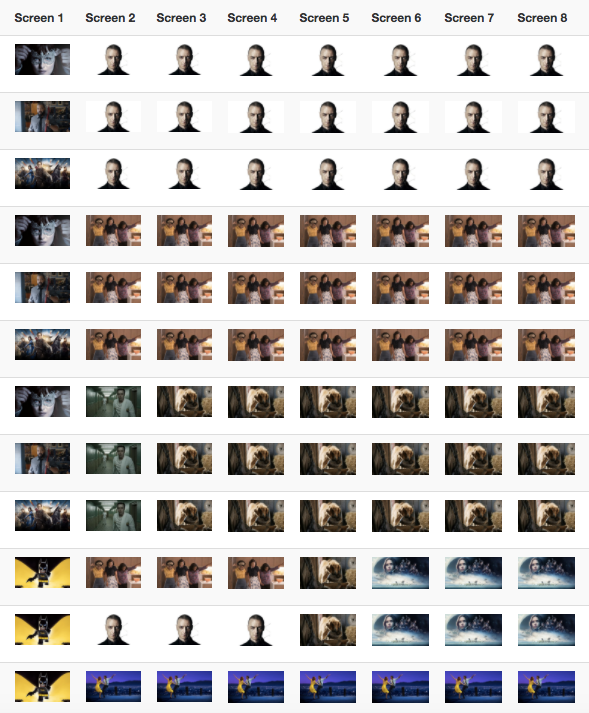 CCR likes both “Split” and “Hidden Figures” as possible strong holds (albeit for different reasons) and both fit on seven screens with your choice of top end fillers from among “50 Shades Darker”, “Fist Fight”, or “The Great Wall”.  Similarly, if you think “A Dog’s Purpose” might hold strong over the long holiday weekend, it fits on six screens and “A Cure for Wellness” and the same choices for top end fillers.

Hedgers may be looking at to possibilities this week with “Lego Batman” at the top followed by either “Hidden Figures” or “Split” to go along with “A Dog’s Purpose” and “Rogue One”.  Those two lineups only win Perfect Cinema should “Batman” or “Rogue One” take Best Performer, but both will likely perform strong regardless and you could even make an argument for swapping “Sing” for “Rogue One”.

Finally, if you think that “La La Land” has one more pre-Oscars bump left in it, an interesting play this week would put it on seven screens with a top end filler of “Batman”.  Keep an eye on the pro forecasts with my weekly thread and we’ll see how the week plays out.